India’s player of the match against New Zealand in the second ODI felt like the team’s performance in recent times hasn’t warranted the scepticism that has followed the team in a World Cup year. In the aftermath of a thumping eight-wicket win over the visitors on Saturday in Raipur, Mohammed Shami responded to being asked whether the Indian team is sure of its first choice XI for the upcoming World Cup.

“If people still doubt the Indian team despite the results it has given in the last four to six years…,” Shami retorted. “The World Cup is still a long time away; we need to play a lot of games and need to try out more players before that.”

Shami’s comments came following India’s seventh successive ODI series win at home, a run maintained since the 2-3 loss to Australia ahead of the 2019 World Cup.

Keeping in line with the World Cup talks, Shami further spoke on the matter of workload management, stating that his preference has always been on more game time than practice sessions.

“I always prefer playing matches over practice. It is always better to play maximum numbers of games to get ready for a big event. Load is being managed and it is being managed properly. I just hope the main players stay in a good zone (pre-World Cup).”

Shami starred in the first innings during the second ODI as India pinned New Zealand down to just 108 runs, chasing the total with 29.5 overs to spare. The seamer registered bowling figures of 3/18 off six overs of bowling.

Featuring in the side as the senior-most bowler and in the absence of Jasprit Bumrah, Shami suggested that his role in the current side wasn’t any more different to what he has been used to since the inception of his India career. 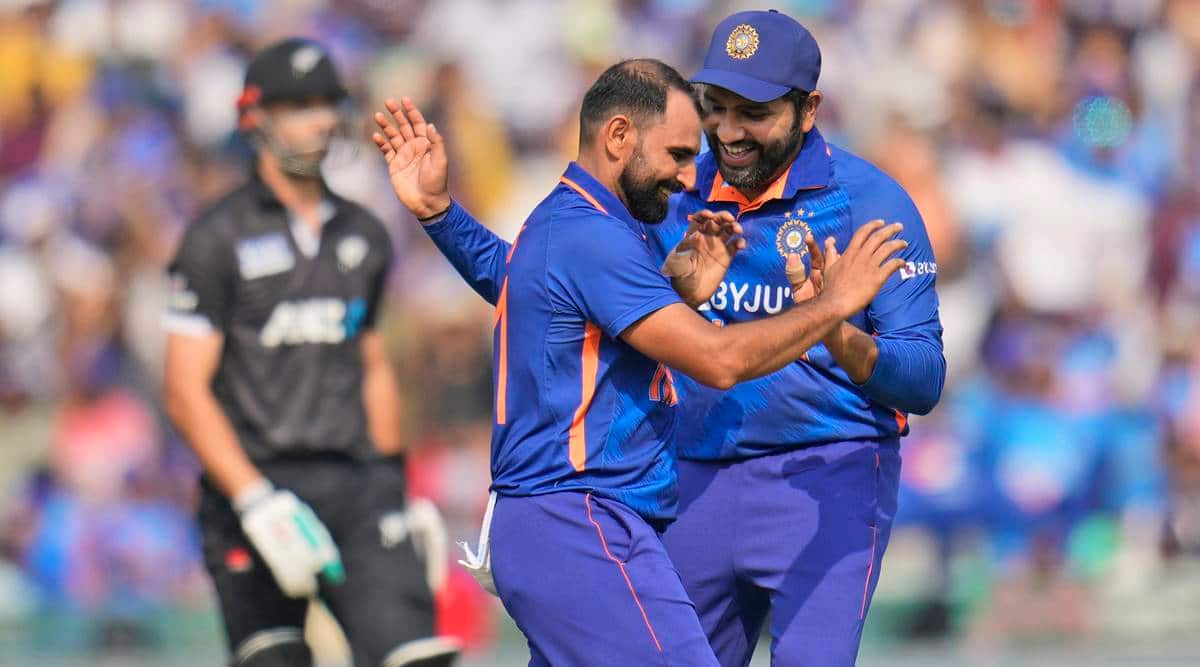 “My role hasn’t changed since I have come into the team,” he said while chuckling at the thought of it. “The only thing is to keep working on fitness and diet. We have got big events coming up so the aim is to contribute in every game.”

The right arm pacer, though, added that part of his responsibilities was to keep sharing his inputs with others in the bowling unit. “As a new-ball bowler, it’s important to assess the conditions and pass the message quickly to the other bowlers as well.”

Partnering with Mohammed Siraj as India’s new ball bowlers, Shami kept a check on the scoring rate in the initial overs on Saturday, conceding a mere 10 runs between them in the first eight overs. And picking three wickets during the same time period.

New Zealand skipper Tom Latham admitted post-match, “Anytime that Siraj and Shami are in the side – they’re obviously quality bowlers and as I said they were both relentless in terms of the lines and lengths they bowled and they gave us nothing to score from. Fortunately for them, it was their day and unfortunately for us, we weren’t able to absorb enough pressure and put that back on them.”

While the loss in Raipur essentially meant the hosts took an unassailable lead in the series, Latham presented optimism in the face of defeat, “For us, it’s just about trying to adapt to conditions as quickly as possible. We got another opportunity in a couple of days’ time. Hopefully, we can adapt as quickly as possible.”

New Zealand face India in the third and final ODI on Tuesday, January 24 in Indore.