Lakshya Sen believed the shuttle clipped Rasmus Gemke’s shirt before it went out and the score turned 10-14 in the second set. It scrambled his composure so bad—neither confidence of clear winners in taking the first 21-16, nor his rearguard in the third, making up a 1-8 deficit to reach 13-14, could give him the assuredness that he could win Round Two against the Dane.

It handed the talented Indian a bitter defeat during his title defence, and an experience in follies of impatience, one he’ll struggle to forget going forward. Line calls and umpire judgments go wrong all the time, net-chords tumble the wrong way cruelly too. But Sen allowing the frustration of a deepening points-gap – after pocketing the first – to boil over and wreck his composure was the kind of second season blues that sully entire matches.

Impatience in rallies – as Sen admitted himself – stemmed from perhaps his hopes of wanting to wrap up the pre-quarters in straight sets, before he set up a clash against Viktor Axelsen in this ‘quarter of death’. But a meeting with the great Dane would need to be earned, and when Gemke started hitting the correct lengths in the second, gunning for Sen’s backhand rear-corner, there were first signs of the Indian’s defence cracking. Yet, it was only 9-11 at the midway point, before pressure started creeping up.

When the point went in Gemke’s favour at 10-14 – the shuttle judged to not have whiffed his shirt, Sen had a silent meltdown. His rage would erupt in the smashes he over-hit, at 11-16, and at 13-19. All the bubbling anger also seemed to tire him faster.

As such, he has taken time to recover from the after-effects of his nose surgery, where the antibiotics can weaken you in the aftermath. But on this day, it was purely his anger – not quite red mist, but the kind of debilitating rage that leads to errors – which would drag him down. Sets levelled at 21-15, ought to have meant even-stevens, and turning to a fresh page.

But Sen kept stewing and a string of errors and rash returns landed him staring at a 1-8 margin, before he snapped out of the phase, and began going back to his calmer, thought-out problem-solving ways. There was a cheeky point at 2-8 in fact which signalled the old carefree, fearless Lakshya could be back.

Drawing Gemke to the net, he sent the next shot on the yawning open court behind him, as Gemke now started stringing errors. Long rallies subsequently, one a 69-shot one would go Gemke’s way, but at least his ability to defend bolstered his confidence and brought some normalcy to his mind. Still, there was that one odd rash smash at 7-13, It is at this point that Sen gathered his wits and went for the hand speed and acceleration, with the home crowd willing him on. There was a peach of a point – at 15-17 in the decider, where a reflex return with Sen on his knees landed near the back line, with Gemke stranded like tennis’ passing shot. 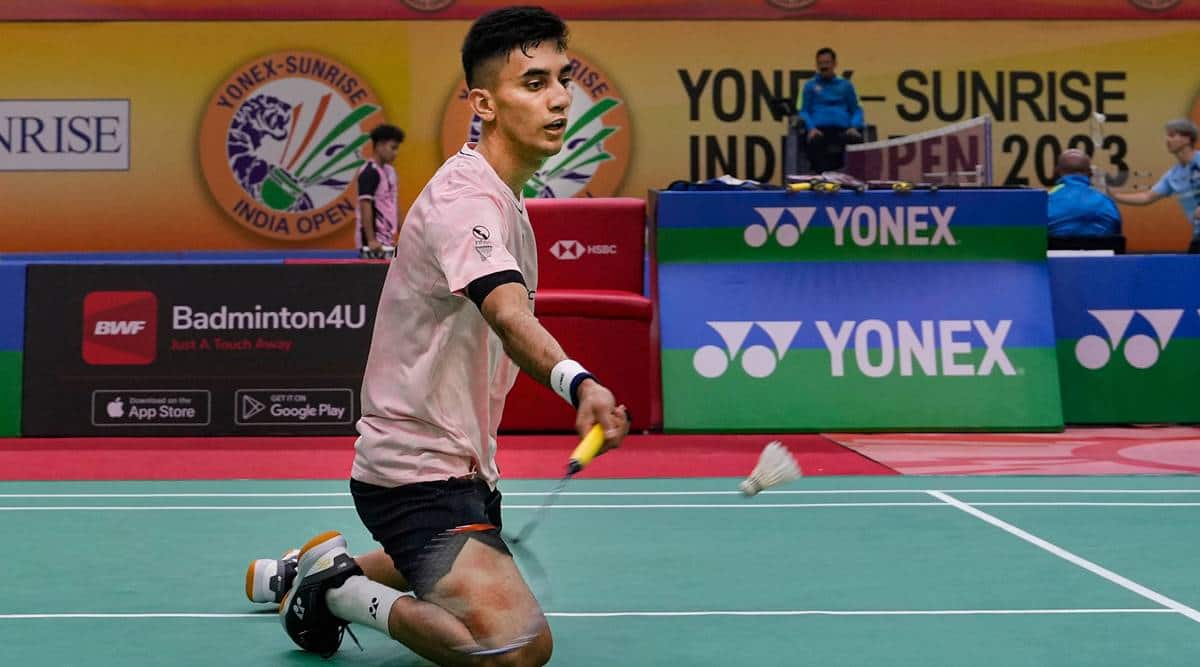 The 69-shot rally though was a proper ‘who’ll delink first?’ and Sen appeared emotionally and physically spent as at 15-18. Though two down the line smashes, kissing the lines, brought Sen to 17-18, and the serve at 18-19 was pregnant with the certitude of Sen pouncing on the service, the earlier impatience had left Sehn with no cushion for mistakes.

A lucky net chord at 18-20 gave Gemke match point. And then Sen slashed wide to end his own misery.

Saina Nehwal got pitted against Chen Yufei and dished out a miserable showing when playing the Olympic champion, going down 21-9, 21-12. Her movement was laboured, and she remained error-prone from start to finish, shoddy in stringing together any points, not looking like she had recovered from the Mia Blichfeldt game day before. It ended the Indian challenge at the Super 750, with Satwik-Chirag withdrawing due to a groin injury to Satwik.